DCS World Autumn 2018 Sale is Here!
At long last, get great savings on the entire library of DCS World products!

Celebrating Three Years Over Nevada!
Three years ago, we released the DCS: NEVADA Test and Training Range map. Since then, it exited Early Access and has received many updates, including a massive one two years ago that included 14 new airfields; new towns and cities; additional landmarks; and expanded, detailed texture area. Just as important, the map has been home to a huge amount of content that includes numerous missions and 10 campaigns. The Nevada map has provided a very interesting blend of desert aerial combat in the form of Red Flag Campaigns, Weapons Training, and Aggressors Training, with “fun” flying through Las Vegas, the Hoover Dam and other interesting locations.

We’re happy to present to you this new Nevada map video that celebrates three years of Nevada flying!

As an Open Beta there are expected bugs that we will resolve at our very soonest.

PS
In additional to see the changelog of today’s Open Beta update.

DCS World 2.5 Update
This week we moved the Open Beta version of DCS World to the Release version. Highlights include:

DCS World War II Assets Pack Update
The WWII assets pack continues to grow, and the next ground unit will be the M10 ”Wolverine” tank destroyer. Based on a modified M4A2 Sherman tank chassis, it includes an open-turret with a 76.2 mm cannon. Produced by the US starting in September 1942, the M10 was the most important US tank destroyer of the war. 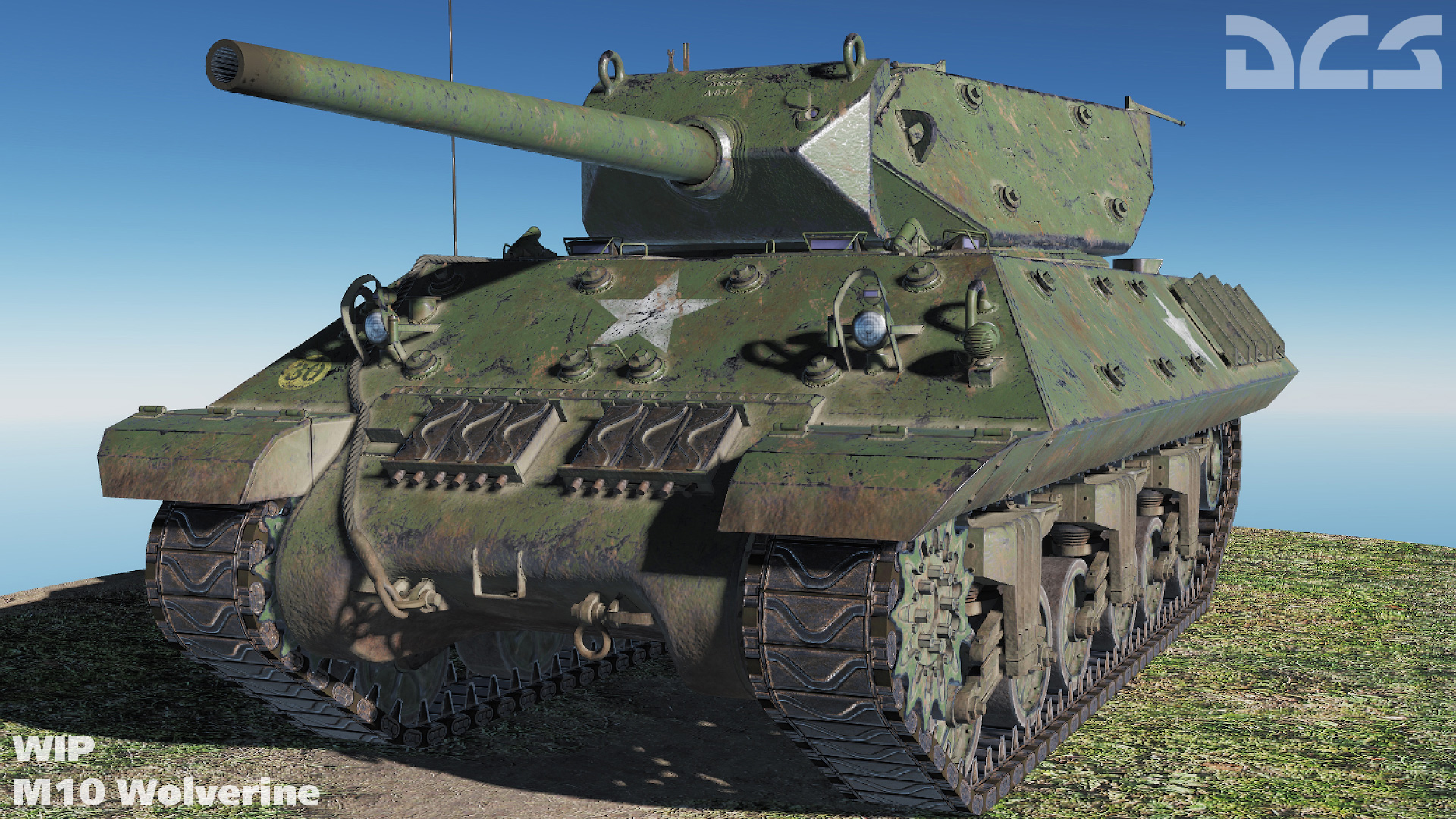 While new Hornet features and fixes like the Joint Helmet Mounted Cueing System (JHMCS), FPAS page, laser Maverick, and corrected air-to-air radar B-sweep are still on track to be ready next week, we need to adhere to our Open Beta release schedule and have time for proper internal-testing of these complex items. As such, these will be released in the next, scheduled Open Beta release on 7 November 2018.

You can read the entire Hot Fix list here

This week we also moved the current Open Beta to the Release version. You can read the change log here

Pre-purchase and save $10 from

The DCS: F-14 Tomcat by Heatblur Simulations is now available for pre-purchase with a $10 discount. Early Access release of a feature-complete F-14B will be this winter.

The Grumman F-14 Tomcat was a two-crew, variable geometry, maritime air superiority fighter that served with the US Navy for 32 years and continues to serve with the IRIAF in Iran. The F-14 was the US Navy’s frontline fighter from the 1970s until the mid-2000s. Over the course of its long service life it also became the US Navy’s premier precision ground-attack platform and lone airborne reconnaissance asset. Jatka lukemista

Hornet, Persian Gulf Map, and Su-33 Free Weekend!
Starting today and lasting until 1 October 2018, play DCS: F/A-18C Hornet, DCS: Persian Gulf Map, and the Su-33 for DCS World for free! The Hornet and Su-33 include all the missions and campaigns as the purchased versions, and they can be played in both single player and multiplayer modes. Enjoy!