DCS World Update
This week we released an DCS 2.5.2 Update 4 the focuses on the Hornet and DCS World foundation improvements. It is our primary focus create a solid foundation for the Hornet, from which we will only then start add new sensors and weapons.

In order to meet your expectations for the Hornet early access release, we decided to move the Hornet release to shortly after the Persian Gulf Map release. Items we still need to complete are:

We believe these are all vital for a great early access release.
Please also note that the Pre-Purchase discounts for the Hornet and Persian Gulf map will soon be ending with the release of the early access versions. Act now for a significant discount:

DCS World 2.5 Update
Today we released an update 1 for Open Beta DCS World 2.5.
There are integration of new L-39 Kursant campaign and lot of bugfixes and improvements for many projects.

You can see the full changelog in our forums.

DCS World 2.5.1 Update
We are currently preparing and testing an update to the 2.5.1 Open Beta. This update should address a number of issues like the metashader error, VR audio device selection, A-10C and Ka-50 datalink errors, FLIR image quality, and others.

We would also like to thank those that took part in the DCS World 2.5 Open Beta. We can’t overstate our appreciation enough to those that have helped DCS World become even better. This amazing community is a large part of what makes DCS World such a unique and great product. Thank you!

As always, a full changelog will be available when the update is published.

ADM-141B TALD Coming to DCS World
One of the new munitions that will be coming with our DCS: F/A-18C Hornet is the ADM-141 Tactical Air Launched Decoy (TALD). The TALD mimics the radar cross section of a fighter-sized aircraft by use of Lungberg lenses, and it is capable of releasing chaff bundles. With a maximum glide range of 120 km, the TALD can be used to “bait” hostile radars to reveal their locations for follow-on Suppression of Enemy Air Defenses (SEAD) attack. The F/A-18C can carry up to six TALDs. 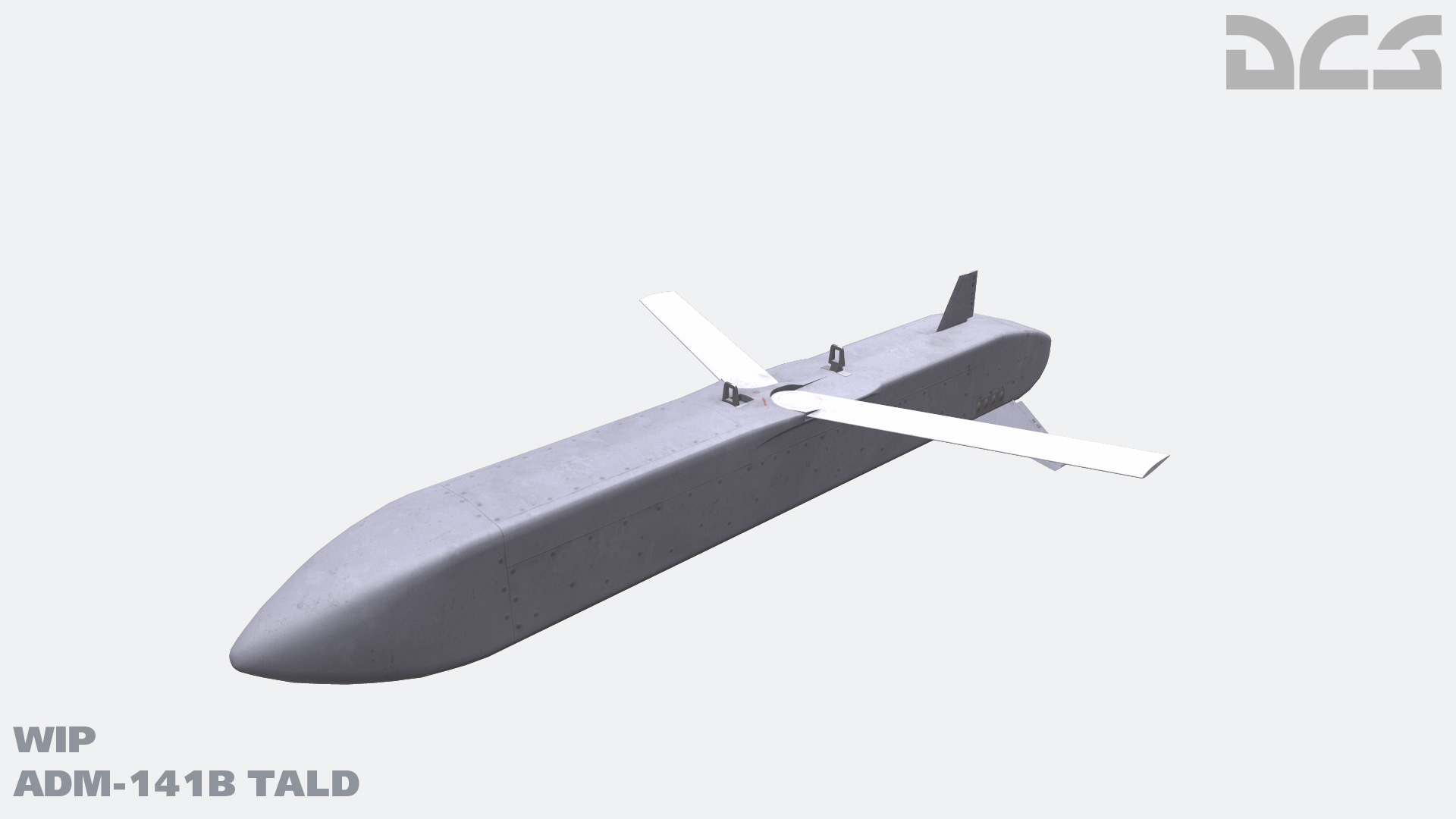