DCS World Summer Sale!
Between 21 June and 5 July, save 50% off on most DCS World titles from our e-Shop!

With the launch for DCS World 2.5, there has never been a better time to fly a new aircraft, operate over a new map, or experience a new campaign.

Some highlights of this week’s update includes:

The M-2000C Red Flag Campaign is a story-driven campaign that takes place during an extraordinary Red Flag exercise at the Nevada Test and Training Range (NTTR). The campaign backstory revolves around growing hostilities between Iran and its neighbors and a partially successful coup that takes place in the United Arab Emirates, effectively splitting the country in two.

You will take on the role of a deputy commander of a 10-ship strong detachment of M-2000C interceptors from the 02.005 Fighter Squadron ”Île-de-France”. In preparation for war in the Persian Gulf, your detachment, and those from the United States, Germany, the United Kingdom, Poland and the Netherlands, will spend two weeks at the NTTR to hone your skills.
All of the missions are based on extensive research of actual Red Flag exercises and will each include interesting facts and stories from previous runnings of the exercise. 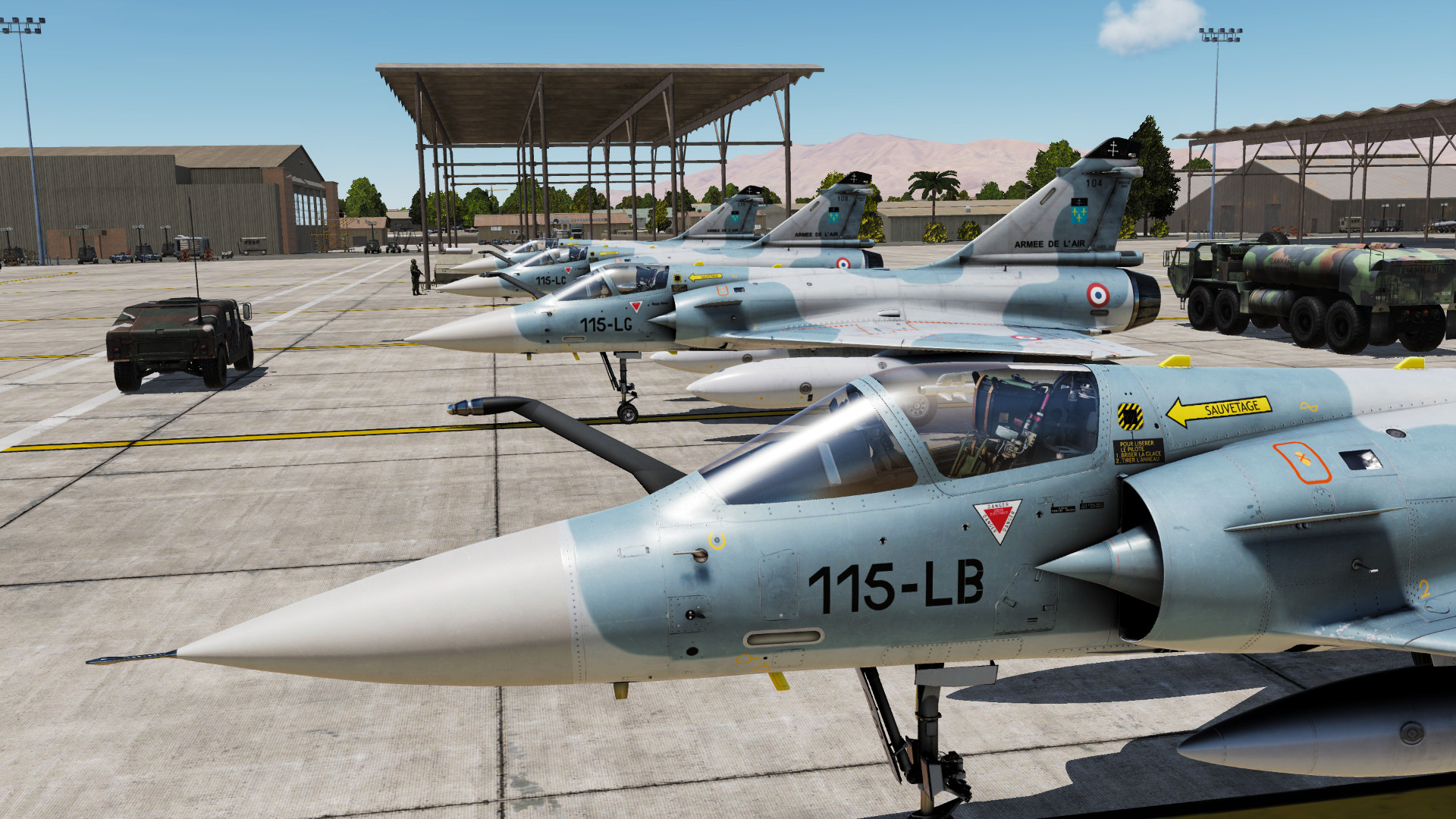 This campaign requires ownership of DCS: M-2000C, along with the DCS: NEVADA Test and Training Range map.

DCS World and Captoglove
This past week we were delighted to help show off Captoglove at the E3 2018 show. Captoglove offers what we believe will be the next step in cockpit interaction by allowing the player to interact with the cockpit with their actual hands!

Combined with Virtual Reality headsets, we are getting closer and closer to offering an ever-more realistic flight simulation experience.