DCS World War II News
In commemoration of the June 1944 D-Day landings, we have several DCS World War II updates we’d like to bring you. We see DCS World War II as a very important component of DCS World and it will continue to grow with new features, content, and numerous improvements. We are just getting started.

Normandy 1944 Map for DCS World Update
Working with the Ugra Media, the developer or the Normandy map, we will be releasing a free update to this map in June. This map is the ideal battleground for our warbirds that focuses on northern France in the summer on 1944. 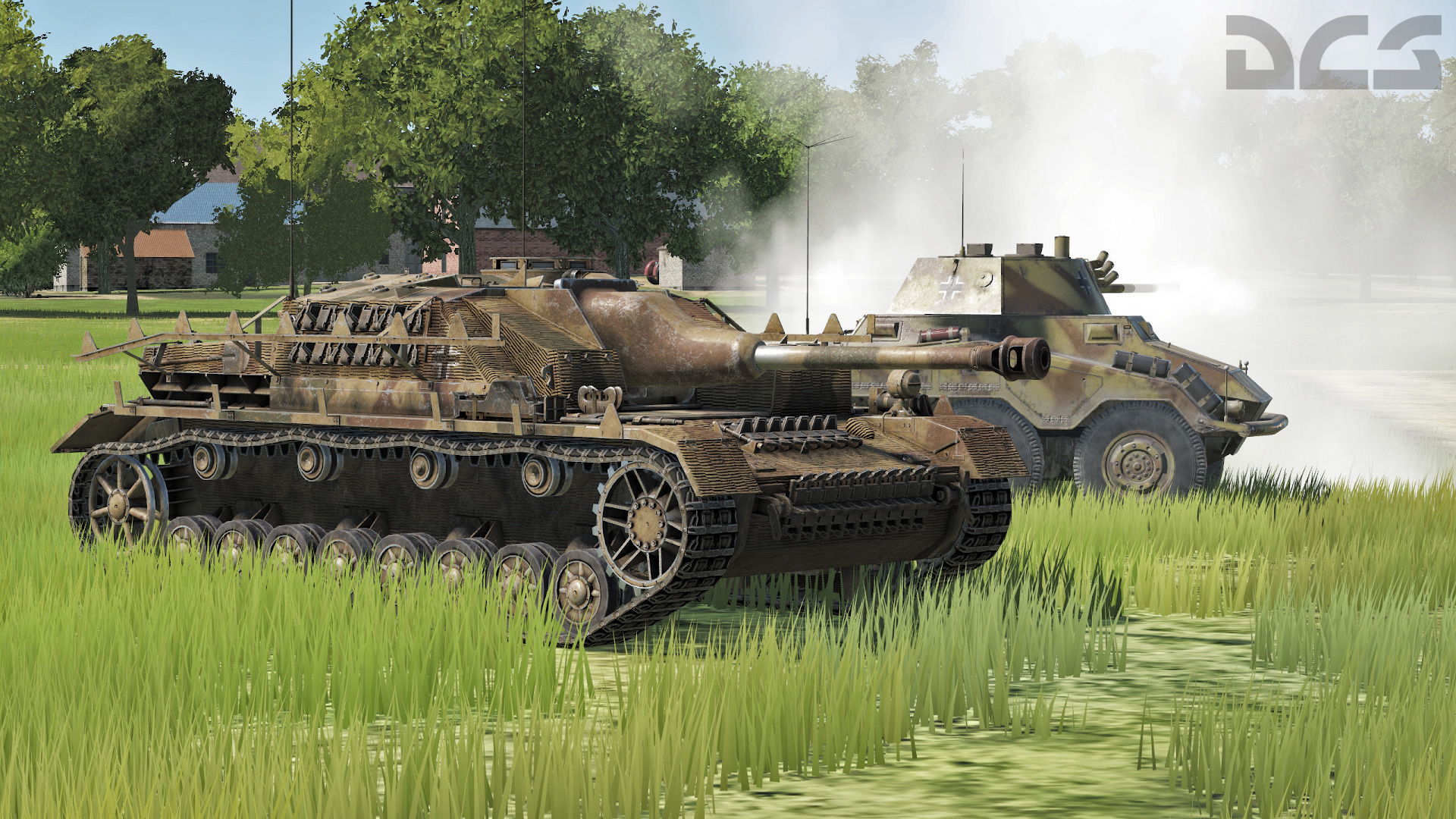 Some of these new units include:

There is no additional charge for all of these new units.
Many new air, ground and sea units will be coming in later updates.

Spitfire LF Mk.IX Update
Also this month will see the completion of the Spitfire with a clipped wing version, the ability to carry bombs, and the ability to mount both a slipper tank or external fuel tank. This will give our Spitfire far more mission capability like cross-channel patrols and ground attacks.

In cooperation with talented 3rd parties, we also have some amazing, new Spitfire campaigns coming to DCS World that take advantage of these new features.

Static Templates Coming to DCS World
Static Templates are sets of objects that can be placed on the map and saved as a single entity. After a template is created, it can be saved and shared with others. Multiple instances of a Static Template can then be placed to create more interesting and populated missions. In addition to statics, AI units can also be placed in the template.

Examples of potential Static Templates include:

Static templates allow better performance and faster construction of missions and campaigns. This will be valuable tool to offer even better gameplay content.

DCS: F/A-18C Hornet Update
Our Hornet is now available from both our e-Shop and Steam. We are ecstatic about its reception and all the kind words. It makes us happy to see you so pleased with the results of our work, thank you!

Our immediate focus is on addressing the most pressing errors and creating a solid foundation from which to start adding the new functions and systems. Additionally, we are working on content like new interactive training missions, single missions, and a campaign!
We also have several new Hornet academic videos to help you learn this aircraft more quickly. More such videos will come as new functions and systems are added: